A day off. December looming. A husband stuck heading into work to finish up a project. It added up to the perfect day to deck out the house and surprise my hardworking husband by having him come home to Christmas.

First, and most importantly, the tree. We made the transition to an artificial Christmas tree a few years ago, so at least I wouldn’t be stuck driving back from Home Depot with a tree drooping into the windshield of my tiny Honda Fit. But our fake tree spends the off-season in a giant box on a shelf in the garage. I do not like the garage. If Baroque cartographers had sketched the continent of “Garage,” they would have marked its mysterious wilds with “Here There Be Spiders.”

With one itchy-trigger-fingered hand holding a giant red can of Raid, I opened the door between the mudroom and garage. I flapped my other hand wildly in the darkness to trigger the motion sensor and get some light. A cricket bounced away from me, presumably to tell his spider friends about the fresh meat coming their way. Picking my way through the junk on the floor, I found the tree shelf. The front of the box was clean. No cobwebs. I shook the box, hard, to disturb any creatures with too many legs who may have been hiding under or behind it. Nothing scurried, so I lifted the box.

That is to say, I heaved and pulled and yanked on the box until it crashed to the floor, and then dragged it into the house with many huffs and puffs. Artificial trees are heavy. 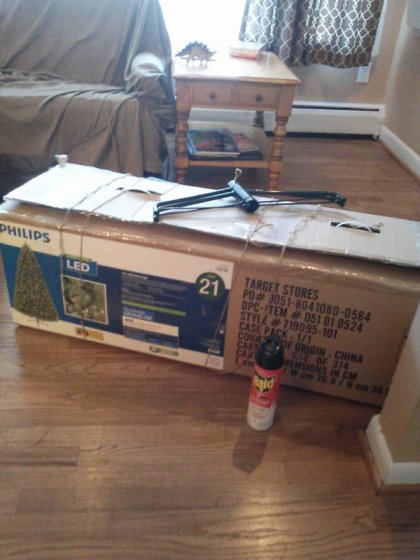 I didn’t need the Raid. But I was PREPARED.

I got the metal stand assembled and hoisted the bottom section of the tree into it. The tip that goes into the stand looks like the end of a patio umbrella, and trying to dock it with the base took a few tries, a few curses, and lots of flailing. Between its weight and the twenty branches flapping in my face and obscuring my view, that section is tough to maneuver. 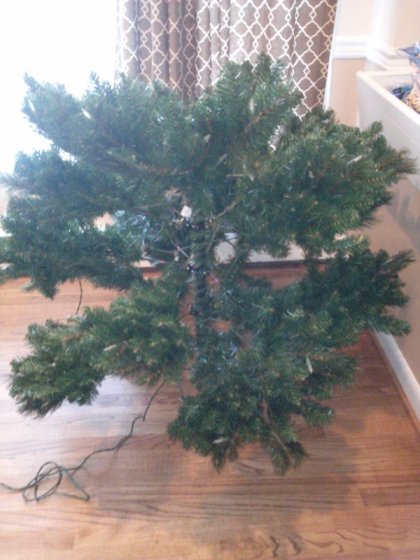 The other two tree sections were much lighter, and I could easily see where they fit together, so the rest of the tree went up without any swears. The six pairs of plugs for connecting the built-in strings of lights were color-coded, and easy to reach and connect. And almost all of the LEDs worked, halleluiah! I pulled on a pair of work gloves and spent the next half hour fluffing out the branches. The cats helped by tasting lower branches for doneness. 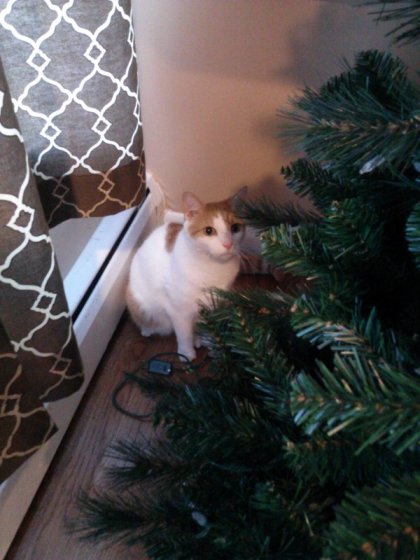 Next, I installed the fiber-based anti-cat tree-protection device. Very necessary when you have cats who consider the Christmas tree a great place to recreate the epic battles of history. While I enjoy a good cat fight as much as the next guy, I’d rather not lose my ornament collection as casualties of war. 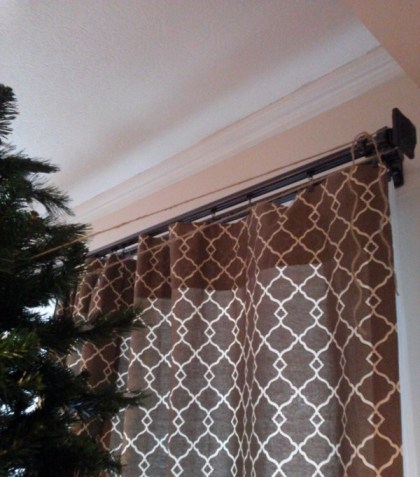 Fluffed and secured, the tree was ready to be dressed in its Christmas finest. I made myself a mug of hot chocolate, put on the Christmas radio station through the TV, and trimmed that tree like I meant it. 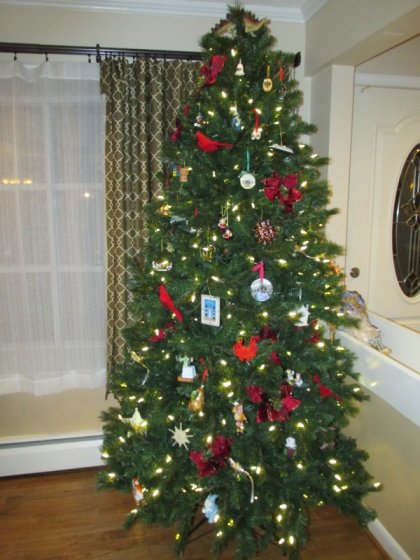 It ended up beautiful, and my husband was all smiles when he came home to twinkling lights in the living room. I caught him staring at the top of the tree, which is when I remembered I’d put a placeholder up there so that he could be the one to decide whether it would be an angel year or a star year. He hasn’t changed it yet, so it looks like 2013 is a Stegosaurus year. That feels just right.