It was a sad week for space flight.

First, the Antares rocket, destined for the International Space Station, was lost in an explosion soon after launch. Nobody was injured, but it was still a huge loss. Science experiments and research projects, many of which were designed by students, were completely destroyed. My heart breaks for these kids, who must have been positively bursting with pride at the thought that something they planned and built was going to the space station.

And today, Virgin Galactic’s SpaceShipTwo crashed in the Mojave desert, killing one of the test pilots. His or her name will be added to the list of those whose lives were lost in the name of advancing the frontier. There are many; they are all heroes.

Space flight is dangerous. We can’t let this stop progress in space exploration.

Budgets are shrinking. People – many people who control the money – think that space just isn’t as important any more. It’s frivolous to spend so much to take pictures of moons and grow plants in space.

But it’s not frivolous. It’s so, so important. Yes, SpaceShipTwo was about “space tourism,” selling tickets for a suborbital flight experience. So what? Do you know how much research went into designing and building that ship? And the launch plane that carries it? How much of that can be used elsewhere, to do other things? So many things have come from the space program. From all space programs. And you can’t always know in advance which little experiments, which discoveries, which technological tweaks, will be the important ones.

But it’s more than that. More than the science, and the hope that someday, someone at NASA can make us better cell phones. It’s inspiration. And hope and awe and wonder. Who can look at photos like this and not have their breath taken away? 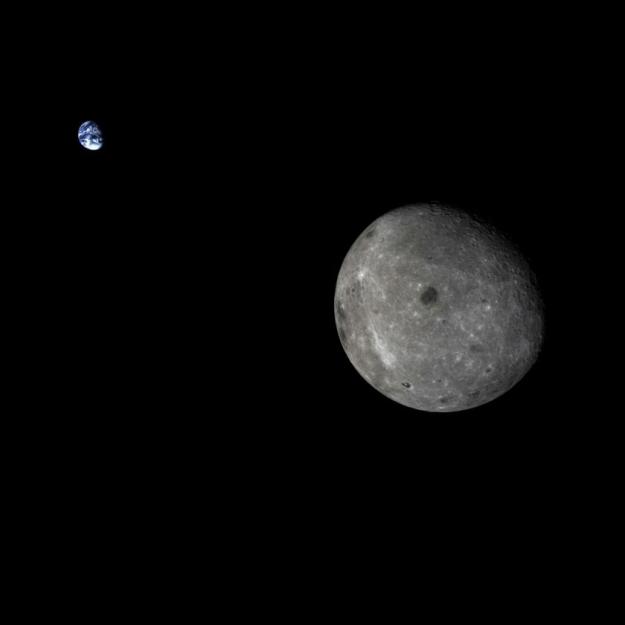 Look at that. Look how tiny we are.

And just think of how much there is to see. To learn.

Never, ever stop looking up.